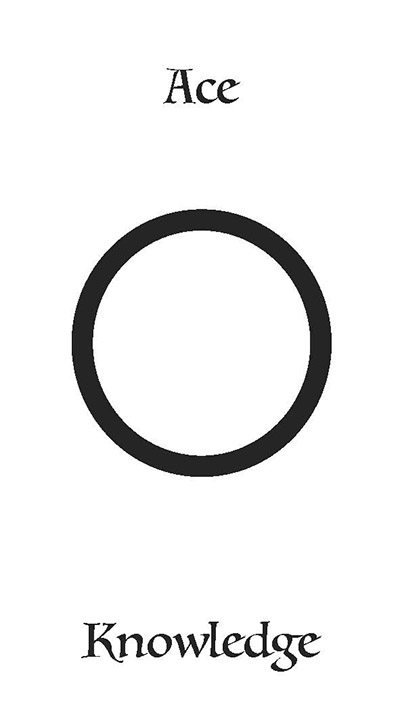 Knowledge is the founding function of the Circles suit. There are many kinds of knowledge  most Business Analysts will be familiar with Tacit and Explicit knowledge. But there are others to consider too:  Domain knowledge (expertise),  reasoning, Insight,  embedded knowledge, procedural knowledge. How the organisation manages, stores, shares and collects knowledge will enhance the organisations ability to change and adapt to the environment it faces.

Knowledge lies within most of the individuals within the organisation   Each of the cards in the suit helps to identify the what you know and what you need to find out.

Knowledge isn’t only to do with facts (this assumption is where some people fall down), many opinions and behaviours in individuals are constructs like prejudices or superstitions that are presented as facts to support a cause. Understanding truths and working out what is fact or construct helps the business analyst to understand the underlying truth.

In the Summer of 1947, renowned behavioural psychologist B.F. Skinner published his study on a group of pigeons that showed even animals are susceptible to the human condition that is superstition.

Skinner conducted his research on a group of hungry pigeons whose body weights had been reduced to 75% of their normal weight when well-fed. For a few minutes each day, a mechanism fed the birds at randomised regular intervals. What observers of the pigeons found showed the birds developing superstitious behaviour, believing that by acting in a particular way, or committing a certain action, food would arrive.

What Skinner Discovered : By the end of the study, three quarters of the birds had become superstitious. One pigeon, in pursuit of food, believed that by turning around in the cage twice or three times between being fed, but not just in any direction; the bird learnt to turn anti-clockwise and appeared to believe that this would mean it being fed.

Now, it’s easy to dismiss such behaviour as normal – a bird in a cage might be expected to exercise a little. But the other birds developed unique superstitious behaviours in an attempt to gain a meal. Other behaviours the observers discovered include what they described as a ‘pendulum’ movement of the head, and a regular nodding movement in another bird.

I am sure as a Business Analyst you have seen these superstitious or prejudiced behaviours within an organisation.

This card is still Knowledge in the V3.0 versions. 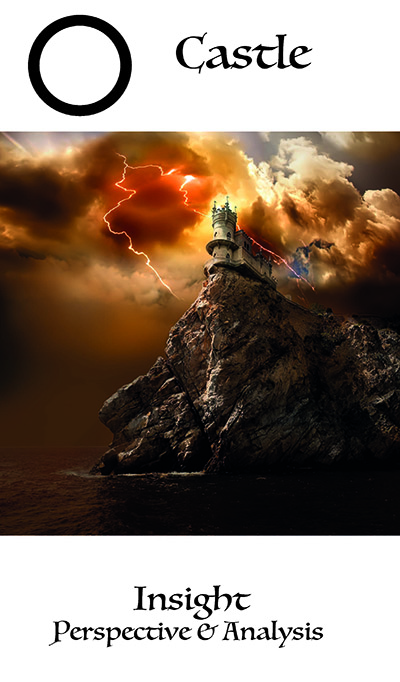 Some people believe that insight just happens and it is embedded within an individual “The insightful one”- Generally this is rubbish.  The truth is that most powerful insights come from rigor and serious analysis to translate information into concise and compelling findings. Ensuring that your organisation captures appropriate information, stores it and uses that information, through analysis, to improve the business and bring about change.

Inside your castle there are many pockets of knowledge and specialities. Accounts, Operations, R&D etc.  By identifying, understanding, capturing and managing the processes that deals with information and building an organisation that routinely uses analysis to make appropriate decisions will give the organisation a competitive advantage.

This card is Internal Intelligence in the Mad about CRM version

The Original Insight has been replaced with  Internal Intelligence in the V3.0 versions. To reflect the organisations ability to manage the knowledges that it has. 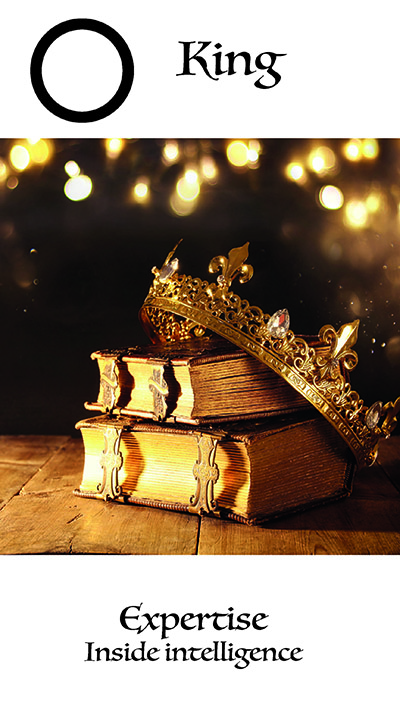 Generally businesses make money from being expert at something. I often use the phrase “What are you bloody good at?”  By identifying the aspects of the business that you excel in  and understanding what makes the organisation Unique , special and different is very important.

Many successful businesses have been at the forefront of their sector, but competition has a habit of catching up. Maintaining your expertise and keeping one step ahead of the rest is what this card represents.

The Original Expertise has been replaced with  The use of spies in the V3.0 versions – (I switched the King and Queen in the new versions)

This came about from Sun Tzu and I like the concept of the use of spies to indicate external business intelligence. 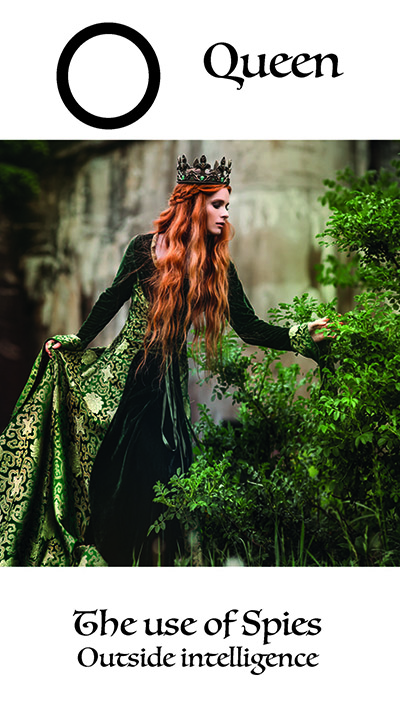 The Queen: The use of spies

Outside Knowledge:  This card represents the organisations knowledge and understanding of the external environment that it is acting within.

“Raising a host of a hundred thousand men and marching them great distances entails heavy loss on the people and a drain on the resources of the State. What enables the wise sovereign and the good general to strike and conquer, and achieve things beyond the reach of ordinary men, is foreknowledge. This foreknowledge cannot be elicited from spirits; it cannot be obtained inductively from experience, nor by any deductive calculation. Foreknowledge of the enemy’s dispositions can only be obtained from other men. Hence the use of spies, of whom there are five classes: (1) Local spies; (2) inward spies; (3) converted spies; (4) doomed spies; (5) surviving spies.”

The Original Use of spies has been replaced with  Expertise in the V3.0 versions (I switched around the King and the Queen in newer versions) 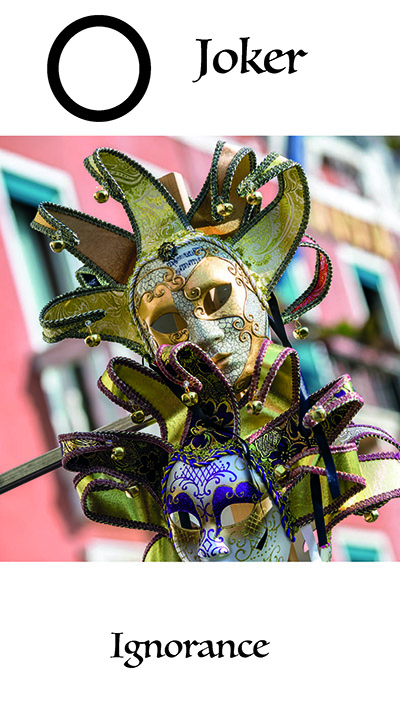 “I know that I know nothing” is a saying derived from Plato’s account of the Greek philosopher Socrates.

It  perfectly describes what this card represents. We have covered expertise in earlier cards but recognising what you don’t know or indeed what you need to find out makes this card particularly useful when considering organisational knowledge.

Ignorance Management has been described by John Israilidis, Russell Lock, and Louise Cooke of Loughborough University as:

“a process of discovering, exploring, realising, recognising and managing ignorance outside and inside the organisation through an appropriate management process to meet current and future demands, design better policy and modify actions in order to achieve organisational objectives and sustain competitive advantage.”

This card is still gnorance in theV3.0 version

On the reverse of the card are different forms of ignorance: 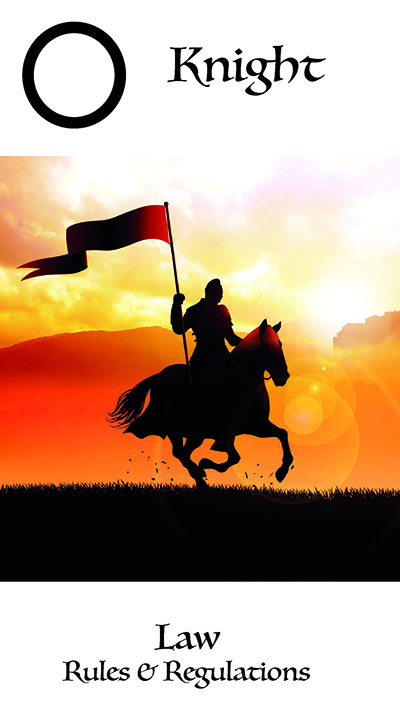 The Knight: Rules and regulations

Regulation management means conforming to a rule, such as a specification, best practice, policy, standard or law. Regulatory compliance describes the processes organisations instigate to ensure that they are aware of and take steps to comply with relevant laws, policies, and regulations.  Due to the increasing number of regulations and need for operational transparency, organisations are adopting  compliance control systems to ensure governance requirements can be met without the unnecessary duplication of effort and activity from the organisations resources.

This card is Law in the Mad about CRM and V3.0 version

The Original Rules and Regulations has been replaced with  Law in the V3.0 versions to make the card more general. 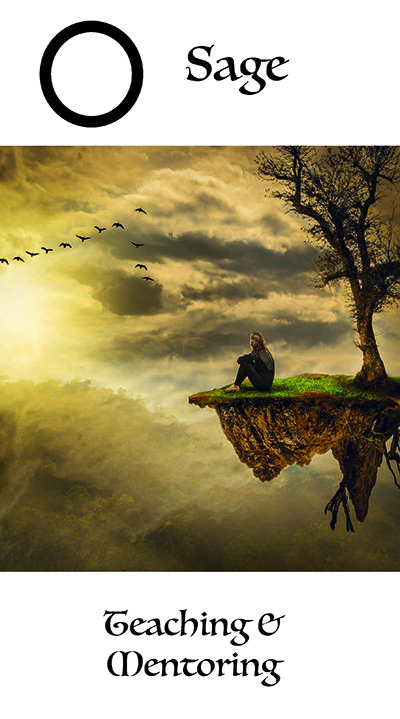 The organisation should consider the Hierarchy of learning:

Mentoring is an extremely useful tool in the development of junior and senior individuals. Mentoring gives the mentor perspective and understanding and the mentee support, self belief and confidence. There is too much in mentoring to cover here but mentoring is a great way to bring the organisation together.

This card is Training in the Mad about CRM and V3.0 version

The Original Teaching and Mentoring has been replaced with  Training in the V3.0 versions to reflect wider uses of training.

On the reverse of the original cards:

On the reverse of the Circles cards are the key stages in the approach for Business Activity Modelling. (In the order for applying in a workshop)

I find this useful in workshops as a reminder for the process and gives the attendees a reminder of how to approach a Business Activity Model including the need to form a consensus in the final stage.

The shop is now open but although some stocks are available